Kelly and the Peculiar Pink Rabbit

“Some days, when you’re having tea with a very large pink rabbit, strange things can happen,” Kelly thought, just before everything started to get very odd indeed.

Kelly and the Peculiar Pink Rabbit is a short film, loosely inspired by Cinderella, Peter Pan, Alice in Wonderland – among others. The film is adapted from our stage play “Kelly’s Day Out”. It can be used entirely separately from the play or in conjunction with it.

We meet Kelly, a naturally happy 12-year-old girl, who is bullied by her much older brothers, Peter and Paul. One day, when she’s very frustrated with everything, she sees a large rabbit who gives her a bag as a present. There seems to be nothing in the bag, except for the very one thing that she most needs at any particular time.

After a series of adventures, she returns home with a greater strength to stand up to her brothers.

Kelly and the Peculiar Pink Rabbit is a comedy, in our house style, and it comes with a class activity pack. The pack includes both audio-visual and printed material with a full range of language activities related to the short film. It also includes suggestions for use.

The film breaks neatly into four parts but can be easily divided further, as you choose, or it can be seen all at once as an online “short film”.

All our ETC Clickacts are aimed to be both entertaining and useful. They can be used whenever you want and as many times as you want, within the period you have chosen.

Including a full pack of activities and exercises focussing on comprehension, language, themes and skills work

Online workshops; guided by one of our trained, native English – speaking, professional actors 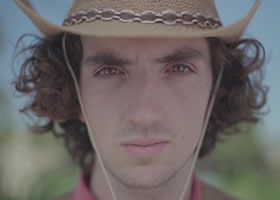 Now home after the first day back at school, Billy Fibber, our seventeen-year-old “hero” is looking back on the day now done, and all the many, many more to come. As he says in the opening line of the piece “first day of school today … only another 194 to go.” 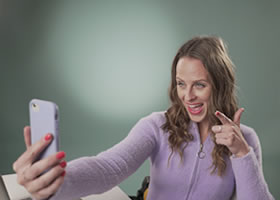 9 dramatic monologues especially created for English language learners over 16 years old, where the themes are both relevant and of interest and concern to older teenagers and young adults.

For higher intermediate and advanced students
High School and Adults 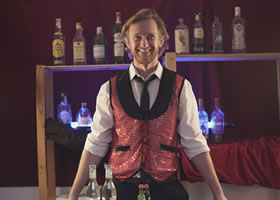 Forty-Odd Days is very loosely inspired from what happened when our actors were thrown into lockdown in March 19 together with many of the ideas that were going into our new touring play “Off-Stage” for the following October - this never happened, as we couldn’t tour.

For higher intermediate and advanced students.
For High School and Adult learners.

We use cookies to ensure that we give you the best experience on our website. If you continue to use this site we will assume that you are happy with it.Ok